The 2016 movie The Founder includes a scene in which Ray Kroc, the "founder" of McDonald's (played by Michael Keaton), is conversing with Harry J. Sonneborn, lawyer and future CEO of McDonald's Corporation (played by B.J. Novak).  Sonneborn is asking questions to understand why Kroc is struggling financially.  Sonneborn sums up the problems inherent in Kroc's relationship with the McDonald brothers and then moves on to the topic of land purchases.  After solidifying his understanding the financial bases of the company, Mr. Sonneborn makes the following profound statement:
Author does not possess the copyright for this material.  It is provided here for educational and information purposes.
I don’t know how much this event reflects the real historic discussion, but the essence of this comment forever changed the food business industry.  Likewise, an understanding of this statement has the power to change all thinking with respect to conflict.

For twenty-nine years people told me that the army or the military existed to kill people and to break things.  This was typically done in one of two contexts: either to motivate soldiers with the "spirit of the bayonet" (kill-kill-kill) or to explain why soldiers, or more specifically, myself, should not focus on the attitudes and motivations of the enemy.  We don’t need to think about such things, because we don’t need to win hearts and minds.  Our job is to inflict violence.

I agree that this isn't about winning hearts and minds, but I strongly disagree with those who argue that the job of the military is to kill people and break things.  Those who say that have forgotten the words of Sun Tzu:  ​
He is getting at the power of influence.  Sun Tzu argues that this influence comes from planning, positioning, and understanding.  Carl von Clausewitz said something equally important more than two thousand years later when he said:​
The purpose of killing people and breaking things in war is to influence other people to move in the direction that you desire.  Anything less than this aim can be construed as criminal murder and mayhem.

To paraphrase Harry Sonneborn in The Founder, the military is not in the killing business, it is in the influence business.

An example comes from the game of pool which is played on a smooth, flat surface.  The player's intent is not to hit the cue ball into a pocket.  Rather, the intent is to hit another ball into a pocket by using the cue ball – influencing one ball through the action and interaction with another ball.  If the player wants to sink the eight ball then the player must influence the eight ball through the cue ball – that is conflict with the opponent.  ​ 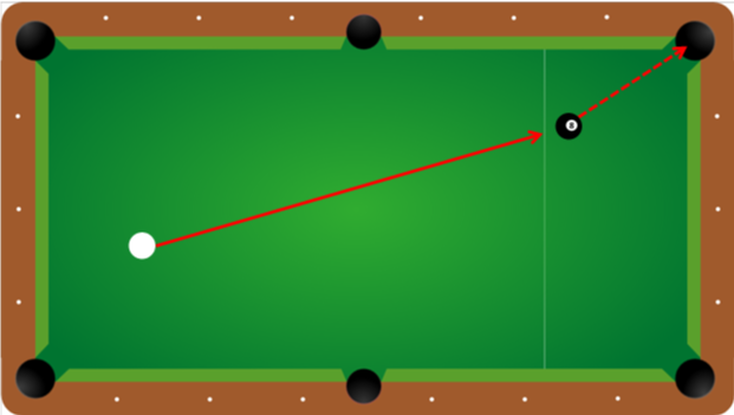 Conflict that is by, with, and through a partner, such as that seen in Libya in 2011 or in the fight against ISIS in Iraq and Syria from 2014 to the present, is a combination shot where the player influences the eight ball into the pocket by using the cue ball to, in turn, influence the four ball to then influence the eight ball. 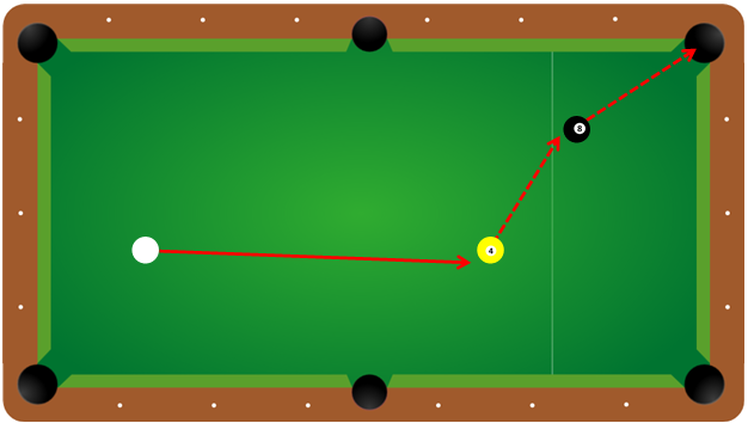 In Libya and in the fight against ISIS, the U.S. did not put boots on the ground as the intent was to have the ground combat conducted by local fighters – by, with, and through Libyans, Iraqis, and Syrians.  They become, in this analogy, the four ball.  Such a combination shot is difficult on a standard pool table with a smooth, flat surface.  Imagine the difficulty when the surface is neither smooth nor flat.  Narrative space is not flat or featureless.  It has terrain and shape. 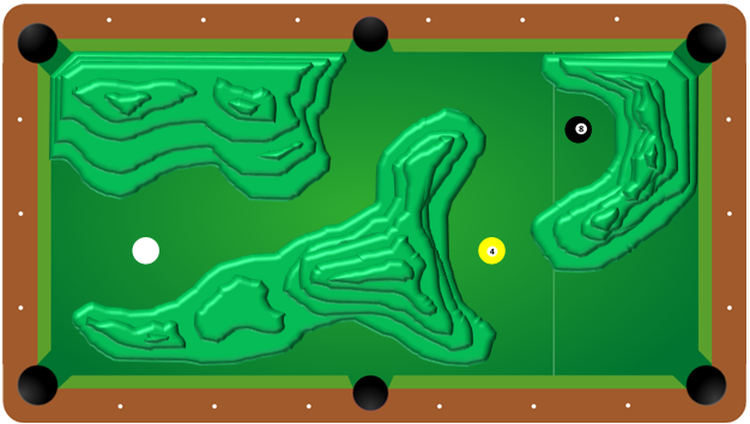 To influence a partner and/or an opponent requires understanding the basic narrative landscape on which influence occurs.  Ignorance of that landscape condemns an actor to the possibility of a Sisyphean effort. In such an effort, one may attempt to influence the partner or opponent up an impossible mountain and in the process consign oneself to an endless task when there may, in fact, be a more appropriate option – a different pocket toward which the actor may move the eight ball.   Much of the actions in Afghanistan, Iraq, and now Syria, and unfortunately many other countries associated with the Global War on Terror, have become Sisyphean efforts born out of ignorance of the narrative space landscape.  In that ignorance, the U.S. military has reverted to being in the burger business and like Ray Kroc, we run the risk of fiscal insolvency.

Sun Tzu tells us that "an army prefers high ground to low . . ." and he further advises commanders to "fight downhill; do not ascend to attack." His final warning is "do not attack an enemy who occupies key ground."  Each of these simple, fortune cookie aphorisms, provides the profound truth that trying to fight on the narrative space landscape when we do not understand  it will probably lead to frustration, at best, and empire collapsing failure, at worst.  What is needed is reorientation toward the influence business.  We need to stop killing people and blowing up buildings and start influencing partners and opponents through understanding the narrative space in which they live and function. ​